How these 'bad guys' are doing good for charity

Established in 1998, Outpost 42 is a New Zealand branch or ‘garrison’ of the 501st Legion, a global costuming group. Members of the group dress up as villains from the Star Wars films and dedicate their spare time to collecting funds for charities and community groups. 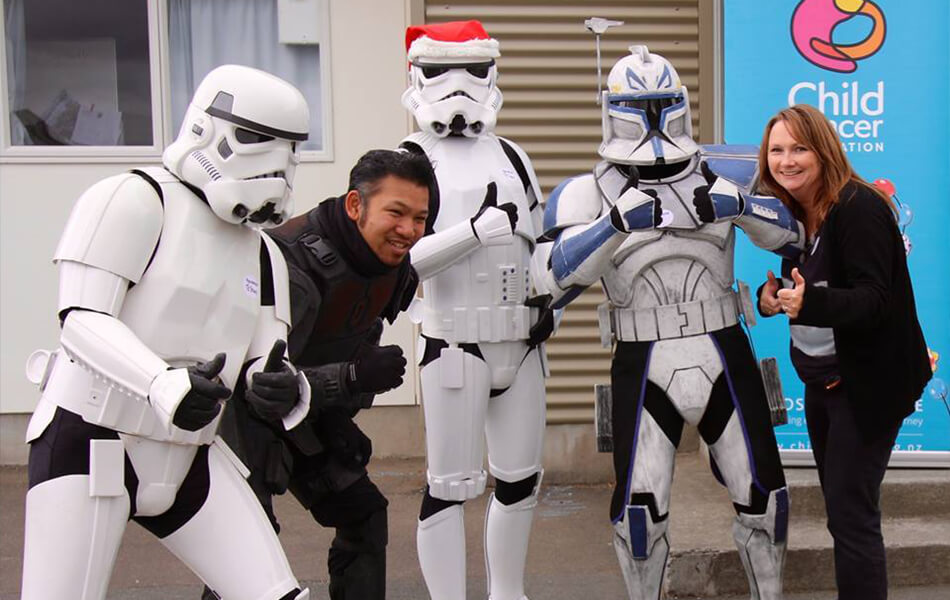 Outpost 42 currently has 60 active members who get together on a regular basis. Over the years, the group has helped Child Cancer Foundation collect funds at various events including the Foundation’s annual Street Appeal.

The group’s ‘Commanding Officer’ John Burt explains that Outpost 42’s members enjoy bringing some movie magic into people’s lives and love to help out whenever they can.

“The Star Wars costumes don’t come cheap. Each costume is custom made and ranges in price from $500 for an Imperial Officer costume to $5,000 for a Darth Vader costume. Each costume takes between 60 to 80 hours to construct and has to be as authentic as possible to make the cut.”

Outpost 42 will be out on the streets in Hamilton, Christchurch, Auckland and Nelson collecting for Child Cancer Foundation’s next Street Appeal which takes place on Friday 28 and Saturday 29 February, 2020. May the force be with them!

Are you able to help by making a donation today?

Paying forward the special memories of SIBS Camp through volunteering.