The parents of six-year-old Alex, who has cancer, are letting him shave their heads this Wig Wednesday

Six-year-old Alex Wade is looking forward to the 9th of September, he gets to shave his parent’s hair for Wig Wednesday, an annual fundraiser for Child Cancer Foundation. For the Wade family, September will also be their one year anniversary of the fateful day when their lives were turned upside down by Alex’s cancer diagnosis. 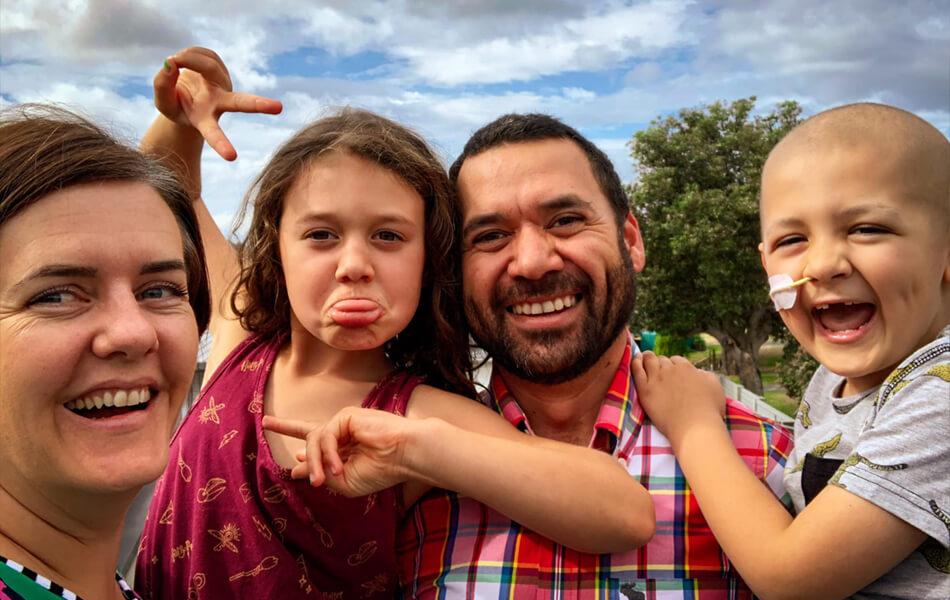 “Mum, Alex is crying and he needs you”.

They found their five-year-old sobbing in his bed because his head was hurting.

“Alex had been sick intermittently over the three months prior, but we were never able to get to the bottom of what was causing it. This particular morning it was different, we were unable to manage his pain at home with pain-relief, so we took him straight to Christchurch Hospital,” Carmel said.

After his neurological assessments came back unremarkable, Alex was booked in for an MRI scan the next day to rule out anything “sinister”.

“I was told the MRI would take 40 minutes but when the doctors came in after only 20 minutes and said they needed to have a chat with us, I knew something was wrong,” Adrian said.

The MRI had revealed a mass about the size of a golf ball in Alex’s brain, close to the spinal cord. It was affecting the flow of cerebrospinal fluid and putting pressure on Alex’s brain. Immediate surgery to remove the tumour was the recommended course of action, but this was not without risks, there was a possibility that Alex may come out of the operation with stroke-like symptoms; he might not be able to walk, talk or eat normally. Feeling completely overwhelmed and with no family in Christchurch, they called Carmel’s sister in Auckland, who is a nurse, for advice. With her reassurance that it was the best option, Alex was taken into surgery.

The next eight hours felt like the longest hours of their lives.

“When he woke up I remember he was grumpy, which was a great sign because it meant he could talk. We were really lucky that they were able to remove the tumour and Alex suffered no lasting side effects from the surgery,” Carmel said.

Carmel’s sister, Trish, arrived in Christchurch within 24 hours of Alex’s surgery to support the family and Alex spent the next 10 days in hospital recovering.

“Friends in Christchurch rallied around to support us and filled the freezer with meals, which was amazing and helped take some pressure off,” Carmel said.

Alex’s tumour was identified as Medulloblastoma – Brain Tumour and while it was removed, he still had a long road of treatment ahead to reduce the chances of it coming back. 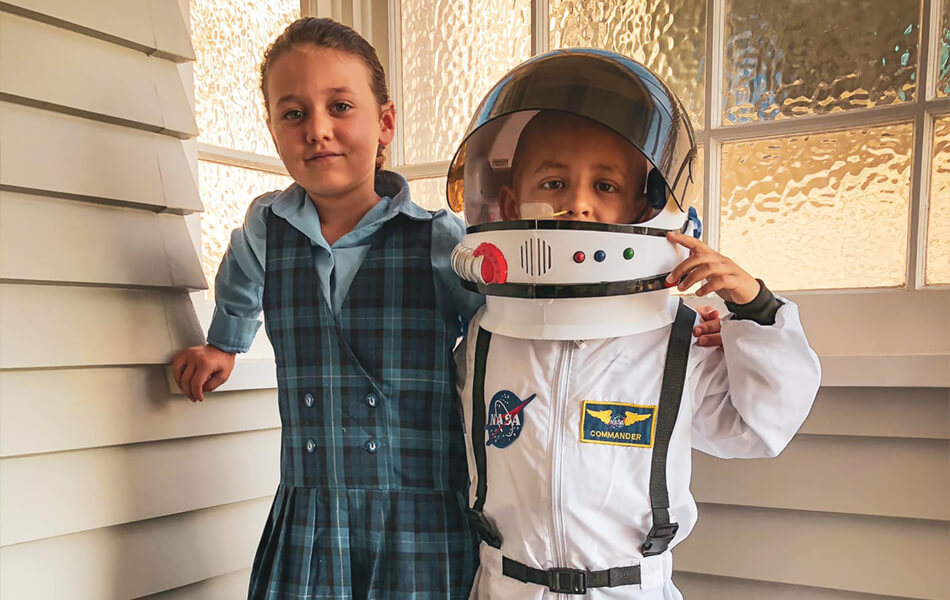 The family were fortunate enough to be accepted onto an international clinical trial through Starship, which meant relocating to Auckland.  The trial involved a more aggressive treatment plan for Alex, but will hopefully decrease the chances of relapse, and could improve the treatment of this disease for other children in the future.

“Having only just moved from Auckland to Christchurch in 2015 for work, we found ourselves packing up and returning to Auckland within a week of being released from hospital. After diagnosis we felt we needed to be closer to family for the duration of treatment,” Carmel said.

“He’s got such an inquisitive mind; he always wants to understand how things work, including cancer. Throughout the treatment we have  being trying to keep his mind agile and active, he has started learning piano, he’s enjoying Northern Health School and he especially loves science and engineering.”

Carmel and Adrian are incredibly grateful to everyone who has supported them. Adrian was humbled by his fellow firefighters both in Christchurch and in Auckland, they made a special effort for Alex, the crew visited Alex and brought gifts. There was a special outing organised to see the big red truck. Meals were made by firefighters, neighbours and friends for the family freezer, which came in handy with long days spent in hospital by Alex’s bedside. Adrian’s Fire and Emergency colleagues across NZ banded together to gift Adrian paid days off work, which has given him the ability to continue to earn an income but also enable him to take time off when Alex was unwell. Alex’s nine-year-old cousin Demi took part in the Mount Everest Challenge, in support of Alex, climbing Mt Maunganui 38 times in 50 days and raising $2,200 for Child Cancer Foundation. The team at Starship have been amazing and the support from Child Cancer Foundation has been invaluable.

“Alex always looks forward to visits from our Family Support Coordinator, Georgina. She always has a joke for him and a new bead from the Beads of Courage® programme. Big sister Jacqui enjoys earning her sibling beads too,” Carmel said.

Georgina, has been able to refer them to resources they didn’t know were available, encouraged Carmel to attend some Connect Group events, and arranged counselling for the family.

“People always ask what they can do to help, which is amazing but I never know how to answer that. Each family’s circumstances are different and the support they need is different. Through getting to know us and having those casual conversations, Georgina is able to tailor support to what we need as a family,” Carmel said. 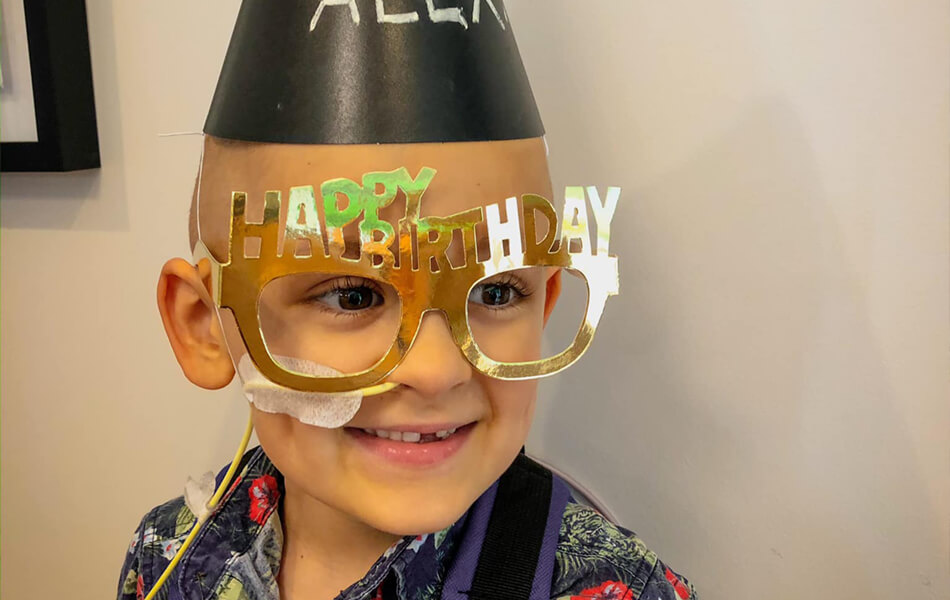 The family have decided to get involved in Wig Wednesday this year as a way to pay it forward to Child Cancer Foundation for the support they have received. Alex lost his hair during treatment, so both Carmel and Adrian will have their heads shaved by Alex on Wig Wednesday. Their Wig Wednesday fundraising page has already raised over $7,000.

Jacqui’s school in Auckland, Marist Primary, has her organising its “Wig Wednesday” event and their Christchurch school, Beckenham te Kura o Puroto is also participating with a “Wacky Hair Wednesday”. For Carmel, their involvement in Wig Wednesday goes beyond Alex’s journey. 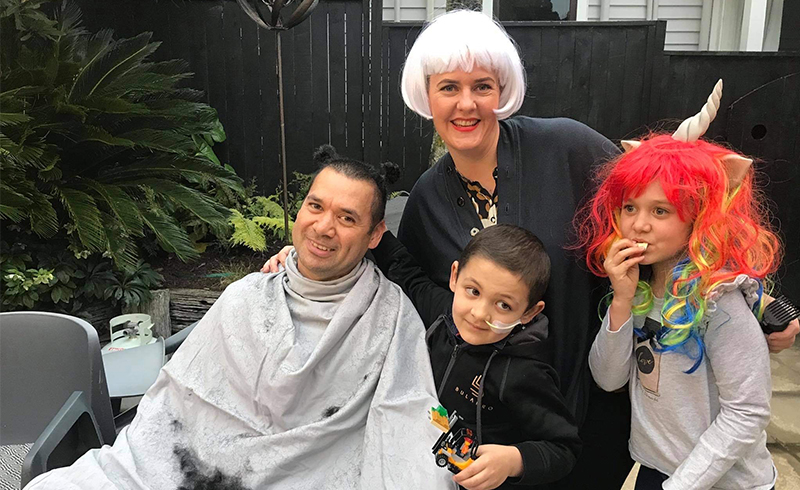