“The most important thing Child Cancer Foundation has given us is emotional support and hope.” – Arian’s mum, Sanaz.

Like many ten-year-old boys, Arian is a gamer extraordinaire. When he’s not in front of the PlayStation he loves playing the piano, and he’s a hard-working student who is well above his age level for maths. His gentle and caring nature is a perfect balance for his younger brother Yani’s mischievous streak.

However, unlike most boys his age, Arian recently learnt the life-altering news that he wasn’t supposed to survive past six years old. After Googling his name earlier this year, he discovered several articles from 2016 saying he had just eight months to live. Confused, Arian asked his mum Sanaz the question that she had been anticipating for five years: “What’s cancer?” 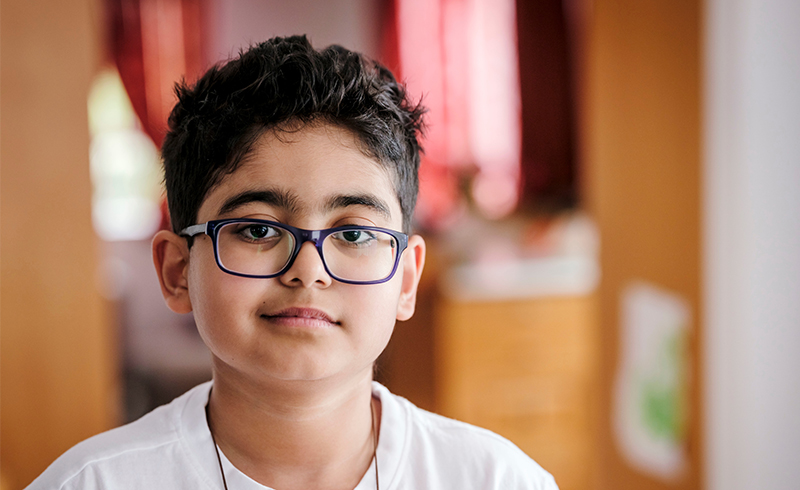 Until that moment, Arian had no idea that he had been living with a highly aggressive and hard-to-treat brain tumour called DIPG since he was just five years old. Rather than being one solid mass that pushes the normal nerves away, DIPG incorporates the normal nerves of the brain stem. That means surgically removing the tumour isn’t an option, as many nerves that help control our breathing, heart rate and many vital muscles would be damaged and the operation would not be survivable.

While radiation therapy can help reduce the growth of the tumour, there is no known cure. The average survival rate of DIPG is a devastating eight months, and just 5% of children live five years beyond their diagnosis. Unbelievably, Arian is in that incredible five percent.

When she heard the news in late-2015 that her precious five-year-old son had just eight months to live, Sanaz says she thought her life was over.

“I couldn’t see anything, it was just black,” she says. “I felt like it was just a bad dream and that I was going to wake up the next day and everything would be normal.”

Sanaz and her husband Nadim decided not to tell Arian he had cancer when he was first diagnosed, because they wanted to make sure he would stay strong and positive for the time they thought he had left. Instead, they told him that he had a “naughty lump” that they needed to go to hospital to get rid of.

“We felt that if he had found out he would have gone downhill,” says Sanaz. “So we said, “Nothing’s wrong, you just have to sleep, get the radiation done and we can go home.””

The distraught parents decided that no matter how much they were struggling, they would never let Arian see them cry. “We had to put our own emotions to the side and focus on Arian,” Nadim says. “That was one of the biggest things that helped us and him get through it. We had to be the strong ones, even if we didn’t feel like we were.” 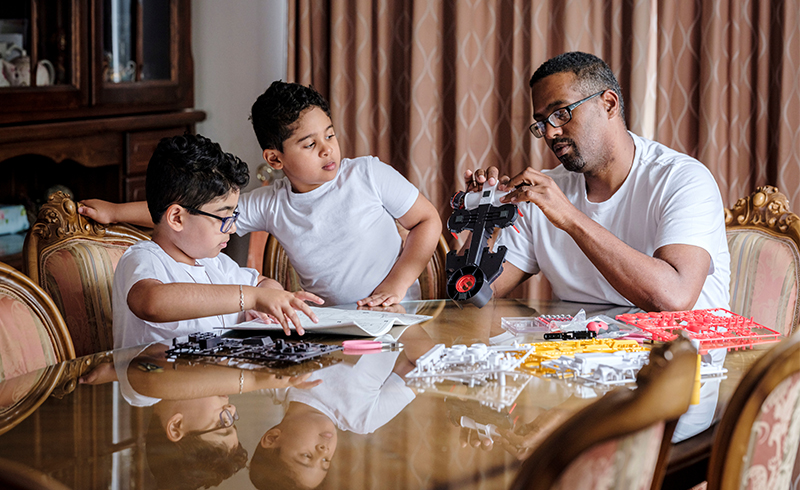 Arian initially underwent 30 sessions of radiation, which resulted in his tumour shrinking by 1cm overall. This sounded like good news to Sanaz and Nadim, but the prognosis was still very clear.

“We were told that after a few months it would likely start growing again,” says Sanaz. “He might live longer and have a better quality of life, but he still had only a minimal chance of surviving.”

Eighteen months later Arian was already beating the odds, but an MRI showed that his tumour had spread to another part of his brain. Fortunately, the location of the growing tumour meant it was safe to operate this time, so the majority of the tumour was taken out during a nine-hour surgery. This allowed the medical team to study the tumour using complex laboratory techniques to find out what kind of mutations it might have, opening up the opportunity for targeted treatments.

Arian’s oncologists identified a potential drug that would treat one of the rare mutations found in his type of tumour, so he has been taking chemotherapy pills for it every day since then. He also went through another 20 sessions of radiation, and recent scans have shown that his tumours are not active and not growing – news which has brought incredible relief and comfort for his entire family.

Child Cancer Foundation stepped in to help the Truter family the day after Arian’s diagnosis. Their Family Support Coordinators, firstly Donna and now Stephanie, have stood alongside them through every stage of the last five and a half years, helping them cope both emotionally and financially.

Neither Nadim nor Sanaz were able to work during Arian’s treatment, so Donna provided them with financial support when they were struggling to meet household costs. She also introduced them to their local Connect Group so they could meet other families going through childhood cancer. “This helped us build a local network which was amazing,” says Sanaz. “Seeing other children who had survived gave us so much hope.”

Donna also coordinated the Beads of Courage® programme for Arian, which was crucial for his mental wellbeing throughout treatment. Even though he wasn’t fully aware of what was happening, Arian was scared of hospital and the radiation room, so every new bead after a radiation session was a special incentive that also recognised his courage. 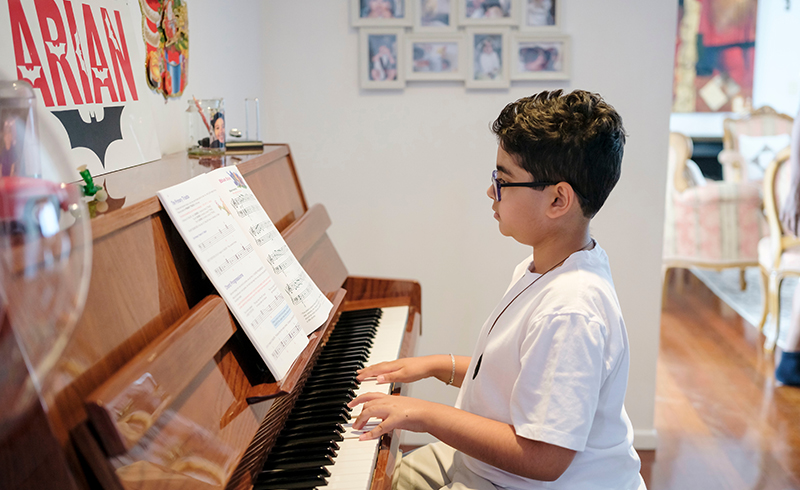 When Stephanie stepped in to support the Truter family, she saw the opportunity for Arian to nurture a passion and develop his confidence through receiving a Personal Development Grant for piano lessons.

“Arian is so much more relaxed when he’s playing; I see a totally different child now,” says Sanaz. “At first he gets really anxious when he starts to learn a new song, but he gets so excited when he eventually works it out.”

The most meaningful aspect of Child Cancer Foundation’s support for Sanaz and Nadim has been having someone to talk to who truly understands the impact childhood cancer can have on a family. “You want to talk to someone who actually gets it and Stephanie is my go-to person,” says Sanaz. “She is so approachable and so caring; we have a special bond.”

After years of just trying to get from one day to the next, the Truter family feel grateful to be at a point where they can see a longer future. Sanaz and Nadim are excited to choose an intermediate school with Arian and are even looking forward to his life after high school and university. “We don’t know what the future will hold, but we still have that hope,” says Nadim.

Sanaz says the whole experience has helped them understand where their values and priorities lie. “We don’t take anything for granted anymore, and we’ve stopped worrying about the little things,” she says. “Arian’s cancer has made me live for today, not for tomorrow or the next day, and to appreciate every minute of my life.”

Will you be one of the amazing people who donates?

We can’t do this without you

Caleb Wright has been through a lot for a young teenager, having a rare brain tumour…