In February 2020, six-year-old Brianna Steedman’s family was turned upside down when she was diagnosed with cancer. “Everything just sank,” says Brianna’s dad Darrin. “You hear that news and think the worst.”

It was the start of 2020 and Darrin and Julia Steedman were excited about what the year had in store for them. Julia was pregnant with their fourth child and they had a summer of BMX racing to look forward to.

But in February, everything changed when their then-six-year-old daughter Brianna fell off her BMX bike during a club night race. For a week after that she was pretty sick and kept complaining about a pain in her tummy. The worried parents didn’t know if it was related or not, so they took her back to the doctor for a check-up. He could feel there was something wrong with Brianna’s liver and sent them to the hospital for a scan.

“After her scan, about six or seven doctors came in to give us the results,” says Darrin. “I’ll never forget the moment they told us Brianna had cancer. Everything just sank. My dad had passed away from cancer, so I heard that news and immediately thought the worst.” 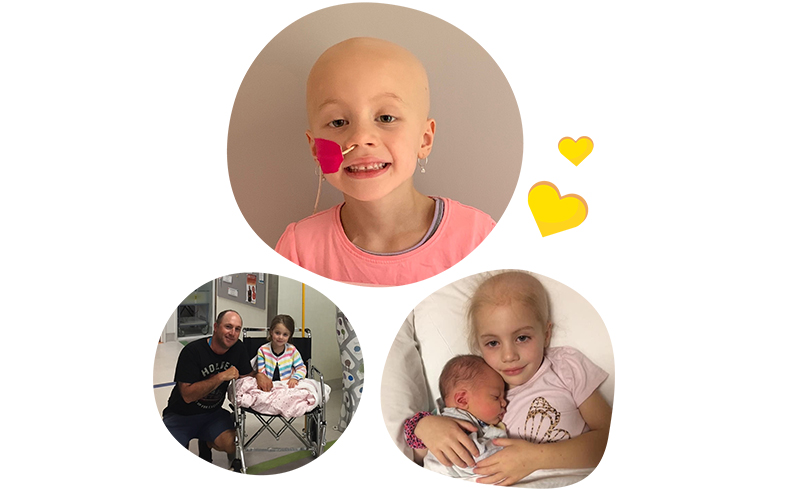 Straight away, Darrin and Julia had to take Brianna to Christchurch so she could receive life-saving treatment over the course of three months. Heartbreakingly, that meant leaving their two older sons, Brock and Liam, at home in Dunedin with Julia’s parents. Their exciting year had turned into their worst nightmare overnight.

Brianna’s diagnosis was of a Wilms tumour, which is a tumour on her kidney. She initially went through multiple rounds of chemotherapy to shrink the tumour, then underwent surgery to remove it.

“Waiting for her to come out of surgery was really tough,” says Darrin. “Julia and I were told it was going to take about four hours, but she went in early in the morning and we didn’t hear anything until that evening. Julia and I just had to sit there nervously waiting for the call. I wouldn’t wish it on any parent.”

Luckily it all went okay, but there were a few complications. Brianna’s tumour had ruptured before the surgery so they weren’t able to remove all of it. Unfortunately that meant she had to go through more chemotherapy and radiation therapy than expected.

In the midst of it all, the due date of their fourth child was getting closer and closer. Julia had some complications during the pregnancy so they knew she was going to have a caesarean, but there was a risk every night that she could bleed or something would go wrong. “Luckily we were already in hospital with Brianna so the medical staff were on high alert, but it was still really stressful amidst everything else we were dealing with,” says Darrin.

Brianna was having chemotherapy the day Julia went into labour, so Darrin had to stay with her as children need a parent there at all times during treatment. Julia had to go through a high-risk birth all alone, because by then it was the middle of the first COVID-19 lockdown so the rest of their family was stuck in Dunedin.

That round of chemo was the first time that Julia wasn’t there with Brianna during a procedure. The two had grown really close during Brianna’s treatment, so the day after Julia gave birth to Enzo via caesarean section she left the birthing suite with him and walked back to Ronald McDonald House where Brianna was recovering. After that, Julia would stay with Brianna during her chemo and radiation therapy and Darrin would look after Enzo. “I spent a lot of hours walking up and down the corridors trying to get him to sleep,” he says.

Finally, after an exhausting three months, Brianna finished her initial treatment and they were able to go back home to Dunedin. We hadn’t seen Brock or Liam for four weeks because of lockdown – initially Julia’s parents would bring them up to visit in the weekends, but once lockdown hit we couldn’t see each other.

“It was very, very tough for them,” says Darrin. “There were a lot of tearful phone calls. We were so thankful that Julia’s parents could take care of them during that time, because having a sick daughter and a newborn took up so much of our energy.”

One thing the family will always remember was arriving home to a full grocery shop and a load of firewood. Their Family Support Coordinator from Child Cancer Foundation, Vicki, organised it all for them so they would have one less thing to worry about when they got home. “As if things couldn’t get any worse, I was also made redundant around that time and I was worried about how we were going to afford to heat the house going into winter,” says Darrin. “What Child Cancer Foundation did for us was huge – it was a massive support.” 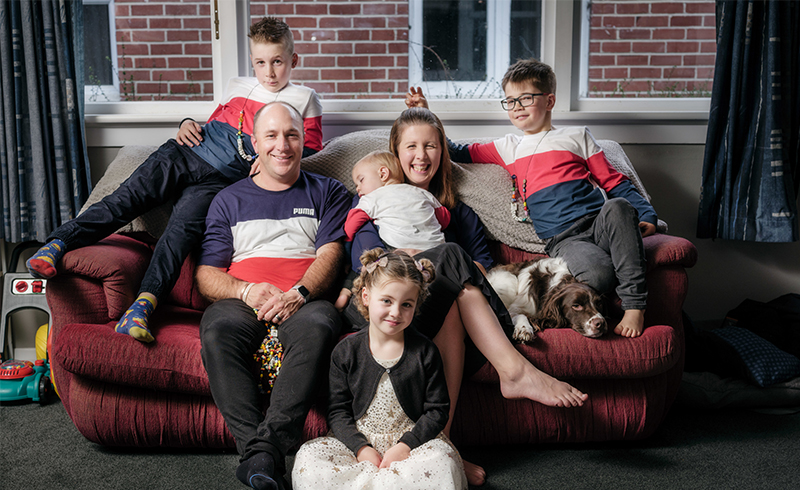 Brianna had to continue going through chemotherapy over six more months after returning home. At one point she had to spend another three weeks in Dunedin Hospital because severe pain and weight loss meant she wasn’t able to walk.

Child Cancer Foundation has been there for the Steedmans every step of the way since they’ve been back home in Dunedin, ensuring they always have the specific support they need. “Vicki calls every couple of weeks to make sure we’re going okay, or more regularly if we need extra support,” says Darrin. “She was so helpful when Brianna had to go back to hospital – she really helped us keep going and stay positive.”

Brianna has a scan roughly every three months to see how she is going. Every time she gets through a scan and everything is fine Darrin and Julia breathe a sigh of relief, but unfortunately they know it’s not over. Brianna still has hand tremors and suffers from severe stomach pains, which has meant she has missed a lot of school over the last year. The medical team think it’s a side effect from the chemotherapy and so far nothing has been able to help.

Through it all, the Steedmans have grown so much stronger as a family. They now know that they have to make the most of every day and never take things for granted. “Many people don’t realise how cancer can continue to affect your life long after your child has finished treatment,” says Darrin. “We can’t wait for the day that Brianna’s cancer is a distant memory and she can zoom down a BMX track without a care in the world.”

“The most important thing Child Cancer Foundation has given us is emotional support and hope.” –…