When Esme Palmer developed a cold in mid-October 2019, her parents Megan and Jason had no idea what their little girl was about to go through. Their GP diagnosed the four-year-old with bronchitis, but neither antibiotics nor steroids helped her come right. Esme and her worried parents made four more visits to the GP before being sent to the paediatric team at Dunedin Hospital, where she was diagnosed with pneumonia. However, an ultrasound and further blood tests confirmed what no parents want to hear: Esme had lymphoma, a form of childhood cancer which begins in the cells of the immune system.

The shocked family was able to finally get a more definitive diagnosis of stage 4 Burkitt lymphoma after being admitted to Christchurch’s Children’s Haematology and Oncology Centre (CHOC) on 15 November. Esme had extensive abdominal and chest disease, with cells infiltrating her lungs, liver, kidney, central nervous system, ovaries and bone marrow – it seemed like her entire body was riddled with Burkitt cells.

“Hearing this made me wonder how on earth it could have been missed, both by us as parents but also the medical professionals we had been dealing with,” says Megan. “I still feel guilty about it.”

Esme’s diagnosis marked the beginning of an almost six-month treatment plan at CHOC, during which Esme spent an unbelievable 123 nights in hospital. This meant the Balclutha-based family had to uproot their lives and move to Christchurch – workable for Megan as a stay-at-home mum, but much more challenging for Jason, who is a teacher at their local high school. 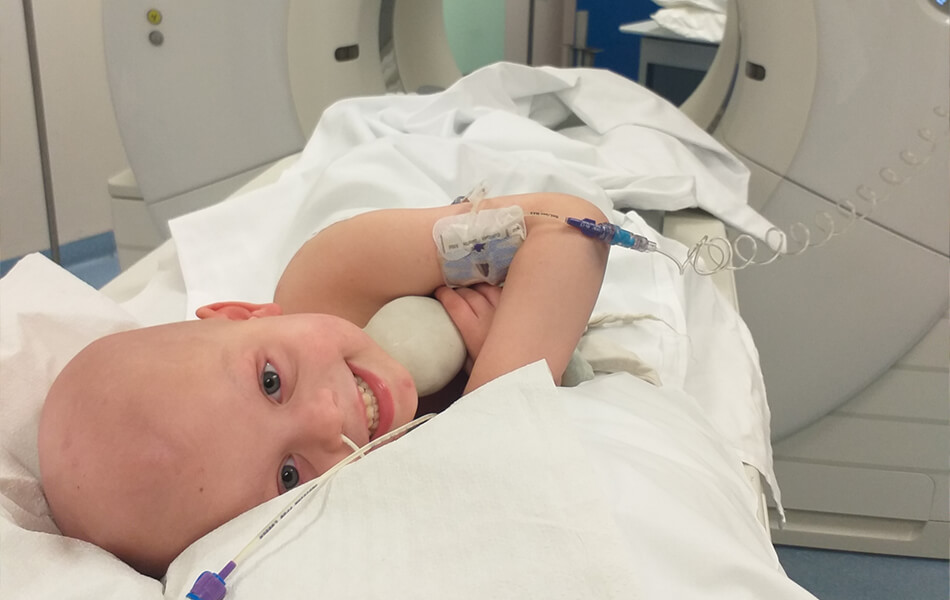 Amidst the shock and confusion of Esme’s diagnosis, Jason took sick leave until the end of term four, but had to return to Balclutha to start back at work for the 2020 school year. Still wanting to be there for his family meant he had to make the long journey from South Otago to Christchurch every weekend. Luckily, Esme’s grandma was able to join her mum during the week to provide essential extra support while Esme was an inpatient.

The intense treatment took a huge toll on Esme, who suffered from gastrointestinal and skin issues, as well as multiple infections throughout her treatment.

“She seemed to pick up any virus going around, including chickenpox in her last round,” says Megan. “This was during lockdown, so we still have no idea how it happened!”

The most frightening point of Esme’s treatment occurred on Christmas Eve in 2019, when she had a severe and rare reaction to one of the chemotherapy drugs. Megan woke in the night and was shocked to find her little girl unresponsive after suffering a seizure. Just as the family should have been celebrating Christmas, the Intensive Care Unit team were rushing Esme to the ICU to stabilise her.

“This was by far the scariest moment in my entire life,” Megan says. “I don’t like to think about what the outcome would have been had we not been in hospital already.” 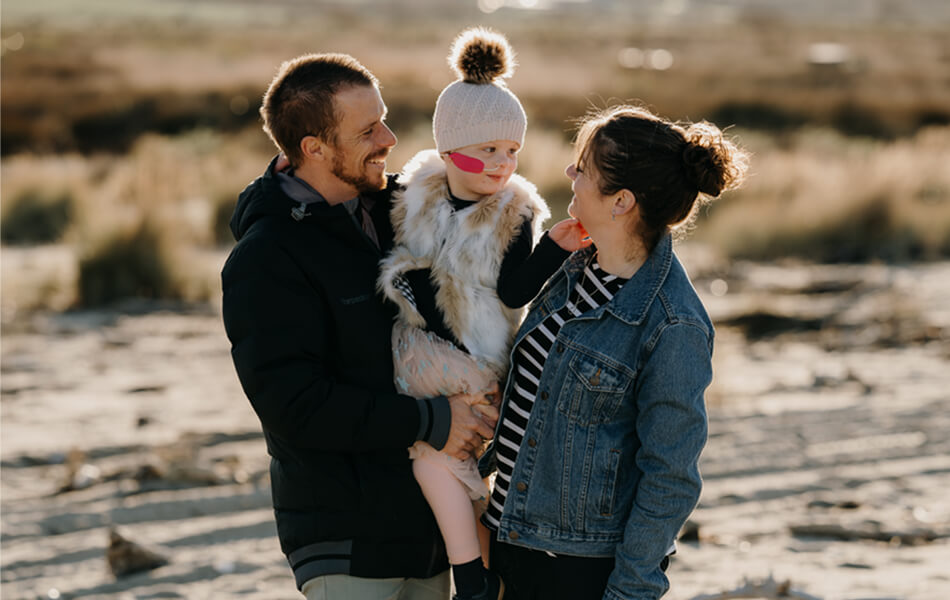 “Our Family Support Coordinator Gabi was amazing,” says Megan. “Initially Jason really struggled with Esme’s diagnosis and treatment, so I gave him the responsibility of keeping track of Esme’s Beads of Courage® to keep his mind busy. This meant he forged a strong and positive relationship with Gabi, which I think really helped him.”

Megan says they also really appreciated having access to the Christchurch Family Place, as Esme loved being able to go there to “visit Gabi and play!” They are looking forward to being a part of Child Cancer Foundation’s volunteer-run Connect Groups so they can meet other families in their area who have experienced childhood cancer.

“One thing we really miss from Christchurch is the connections and friendships we made with other families going through the same thing,” she says.

Despite everything she endured during her treatment, Esme persevered, finishing her sixth and final round of chemotherapy during the Covid-19 lockdown period. She has now started school and is making up for lost time by going to gymnastics, taking swimming lessons and learning to ride a bike.

“You don’t realise just how sick your child is until you see them well again, and then it hits you just what they have been through,” Megan says.

Throughout the Palmer family’s experience with childhood cancer, Child Cancer Foundation was with them, providing help every step of the way. This couldn’t have happened without the generosity of our supporters. 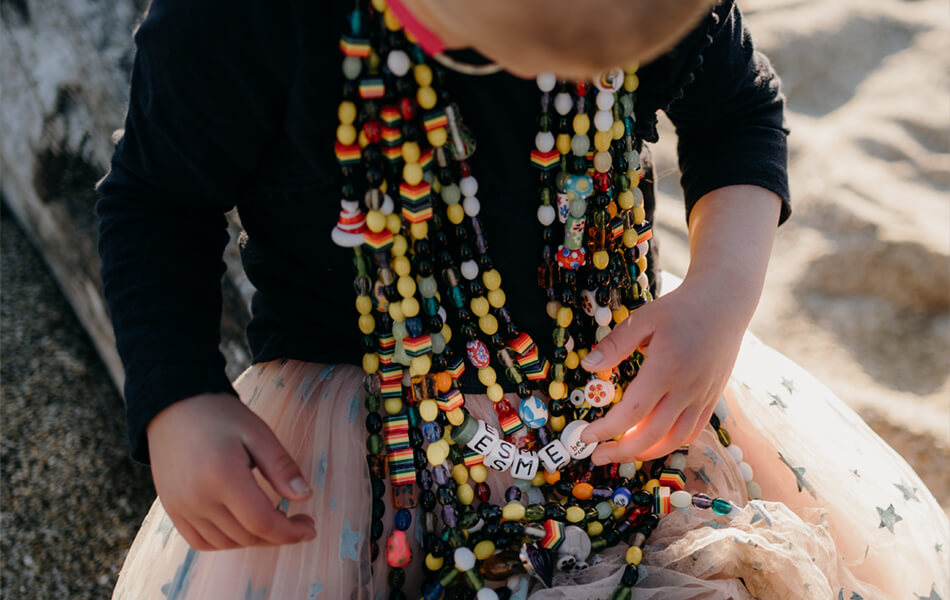 Esme with her Beads of Courage

What we’re grateful for:

“It probably sounds a bit of a cliché, but Esme having a second chance at life is what we are most grateful for this year. It has been a timely reminder that life is short, to not take anything for granted and make the most of every single day – wear that beautiful dress, drink that expensive bottle of wine, eat chocolate for breakfast (kidding!). We are also grateful for the kindness and generosity of people – not just people that we know, but complete strangers as well.

Get to know Esme:

Are you able to help families like Esme’s by making a donation today?