In the lead up to Christmas in 2019, Steve Kata and Teresa Butler were planning a summer break that will sound familiar to many Kiwis: relaxed family time filled with plenty of trips to the beach with their daughter Mya. The only new excitement in the young family’s world was that Steve and Teresa were expecting their second child, who was due to arrive a week after Christmas.

But at the beginning of December, that all changed overnight. Mya developed a large lump in her throat, which her parents initially thought was tonsillitis. Her tonsils seemed to be getting more and more swollen, to the point where Mya’s voice was changing and she was struggling to breathe during her sleep. A worried Teresa took Mya to Auckland’s Starship Hospital, where she was quickly taken into surgery to get her tonsils out.

However, the medical team suspected that there was a more serious cause to Mya’s illness, so they decided to run a few more tests. Three days later, on the day which was supposed to be five-year-old Mya’s first day at school, her parents were given the shocking diagnosis: Mya had Burkitt lymphoma, a form of cancer which begins in the cells of the immune system.

“It’s impossible to describe the feelings that come with your child being diagnosed with cancer,” says Teresa. “Everything becomes such a nightmare, and you immediately think of the worst-case scenario.” 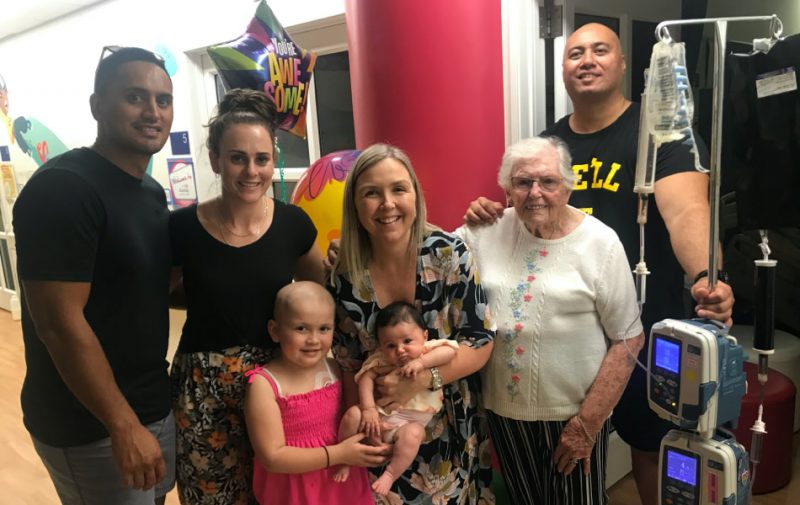 Mya with her family in the hospital

The sudden diagnosis turned the Kata family’s world upside down, with Mya starting her first of six rounds of chemotherapy the very same day. Fortunately, Teresa was only one week out from going on maternity leave, but Steve had to take all of his remaining sick leave and annual leave, with the rest of his time off being unpaid, so he could also be there for Mya throughout her treatment.

The stress of the family’s childhood cancer experience reached a peak on Christmas Eve. Steve and Teresa were thrilled to be told by Mya’s doctors that they were able to take their little girl home for Christmas, which would be a welcome break from the month they had just spent in hospital.

“The doctors at Starship encourage families to spend Christmas at home if their child is healthy enough,” says Teresa, “so we packed up our things and headed home at 5pm on Christmas Eve.”

However, that excitement was to be short-lived. In the middle of the night, Mya came down with a high fever, and the terrified parents had to rush her back to hospital. As if that wasn’t eventful enough, a heavily pregnant Teresa also went into labour as soon as they got there. While Teresa was giving birth to their second daughter, Steve and Mya were heartbreakingly confined to the emergency ward.

“It was incredibly stressful,” says Teresa. “Not only was it such an upsetting way to spend Christmas, my partner wasn’t even able to see the birth of his child.” 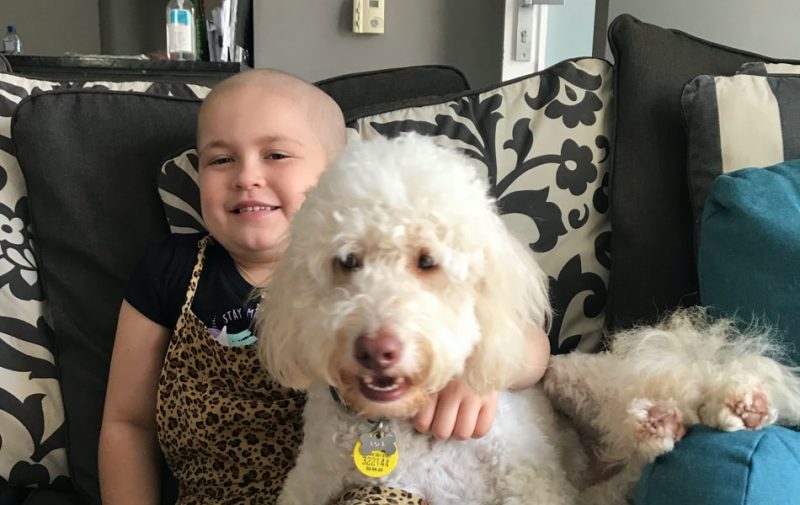 Mya with her dog ‘Jack’

Thanks to Child Cancer Foundation’s support, the Kata family was never alone during their childhood cancer journey.

“Our Family Support Coordinator Franziska is honestly an angel,” says Teresa. “She has been the one constant in our lives since Mya’s diagnosis, and feels almost like another member of the family. She really understands exactly what we’re going through, and is always there for us at all the right times.”

The family is looking forward to having a relaxing break at Child Cancer Foundation’s holiday home in Arrowtown in December, a year after Mya’s diagnosis.

“Mya was sick on her birthday last year, so she missed out on having a birthday party or any celebrations,” Teresa says. “We are so grateful to be able to take her on a special holiday this year.”

Much to her parents’ relief, Mya finished treatment in March of this year, and is recovering really well. She had her first full week at school in September, where she wore a beautiful blue wig on The AM Show to raise awareness for Child Cancer Foundation’s Wig Wednesday fundraiser. Teresa says the Kata family is looking forward to enjoying a much more joyful Christmas at home together this year, as well as celebrating baby Maddison’s first birthday!

Teresa says that Mya’s cancer diagnosis really brought things into perspective for their family. “It has helped us realise that the most important thing in the world is spending time with your kids and creating memories together,” she says. “I always tell parents to hug their kids a little bit tighter, because you never know when that could be taken away from you.”

Throughout their experience with childhood cancer, Child Cancer Foundation has been there for Mya and her family, providing emotional support every step of the way. This couldn’t have happened without your generous help. 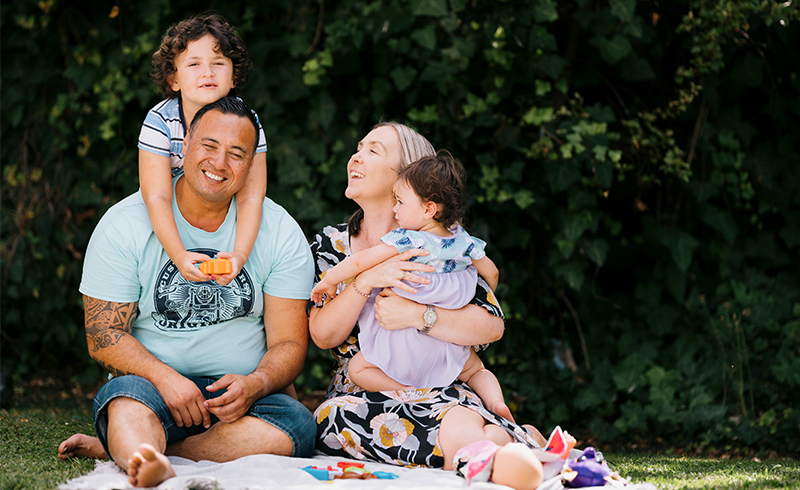 Are you able to help families like Mya’s by making a donation today?