Child Cancer Foundation provides Personal Development Grants to children with cancer as well as their siblings and parents.

A grant can be life-changing for a family and is often an important factor in helping them move forward with their lives and develop new skills.

Here, Janet Pringle shares her experience of receiving a Personal Development Grant to give her a chance to focus on a new passion and spent time to focus on herself.

The past four years have been extremely tough for Janet and her three children. Janet’s dad passed away in 2017, followed by her mum’s passing in 2021 after a long health battle. Between these two losses, Janet’s son Jacob was diagnosed with two types of cancer – peripheral T-cell lymphoma in January 2018 at age 14, then Hodgkins lymphoma in April 2021.

“As a solo mum who was also the main carer for both my parents, I had to hold everything down and look after everyone who was sick, while managing day-to-day life as well,” says Janet.

Janet’s Family Support Coordinator, Brenda, recognised how much Janet was dealing with and encouraged her to have some respite by going on a horse trek with a local business in Manawatū. This was a turning point for Janet, where she realised how little time she had spent focusing on herself while putting all her energy towards her family’s needs.

“Being able to take an hour or two to go on a horse ride where I felt free and my mind wasn’t thinking of all the treatment or appointments I had to organise filled my emotional bucket,” says Janet. “I came home feeling like a new person, ready for whatever was thrown my way.” 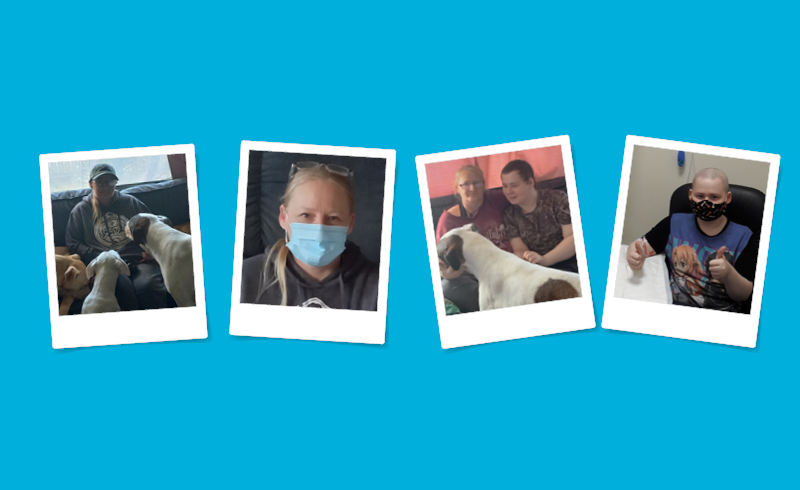 With Brenda’s help, Janet applied for and received a Personal Development Grant to go on more regular horse treks and ensure she had ongoing opportunities to develop her own passion.

“Through this grant, my children have seen how important it is to do those things you love and take those moments for yourself. It has empowered our family so much – words just can’t describe the impact it has had on us.”

“I know how easy it is to think, how can I take time out, there’s too much to do, or, my child is battling cancer, how can I be so selfish. I fought with this too, but it’s not selfish – it’s self-care. I urge other parents/caregivers to find that one thing for you, because you are important and our children draw strength from us.”

Read more stories like this in our latest issue of Sharing magazine.

There are many complex terms used to describe different aspects of childhood cancer. This glossary explains…

From very early on in life, our children are on a journey of forging their own…

Throughout their experience with childhood cancer, whānau will cross paths with many healthcare professionals who are…