Dear Diary, if I meet new kids with cancer, I’ll say, “Be brave”.

Arriving at the Child Cancer Foundation Family Place for our National Ambassador photoshoot, you would be forgiven for thinking that it is going to be a quiet afternoon. The Brown family hover quietly in reception trying not to distract our four-year old ambassador, Darcie, who is finishing her shots.

But it’s not the case. Within 10 minutes, 6-year-old Ngaruawahia-based ambassador Nixon, his two older brothers, Nathanael and Hunter, and dad Nick, have Darcie in hysterics. The lively group are discussing which wig to wear for our Wig Wednesday shots. 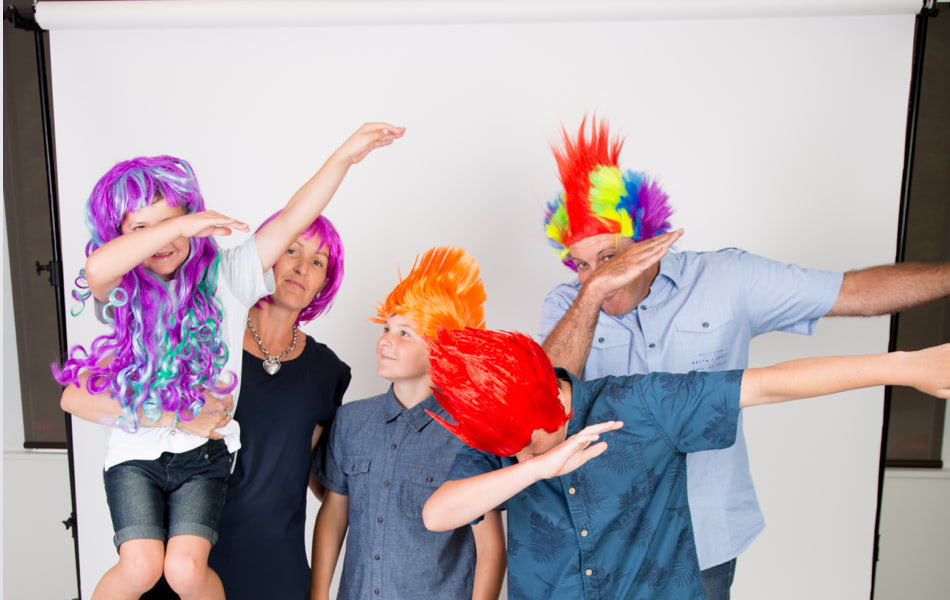 Mum Justine has selected her purple wig and says this is pretty typical for their family. They come into any room with laughter, fun and a fair bit of noise. That approach to each day was essential after Nixon’s diagnosis with acute lymphocytic leukaemia (ALL) in 2013.

That was the beginning of a long journey for the Brown family, one which has had many ups and downs and saw the family separated, with Justine and Nick at Nixon’s side in the hospital in Auckland while Nathanael and Hunter remained in the Waikato to continue school and their usual routines.

Weekend visits from his brothers were a highlight for Nixon during that time, although Justine says that he coped well with treatment and his time in hospital:

“It was like he had decided that this is what’s happening and he’s beating it no matter what. In some ways, I think that this journey has made him the way he is – outgoing, full of life, very determined, but also full of love, and of course, just wanting to be a typical boy.” 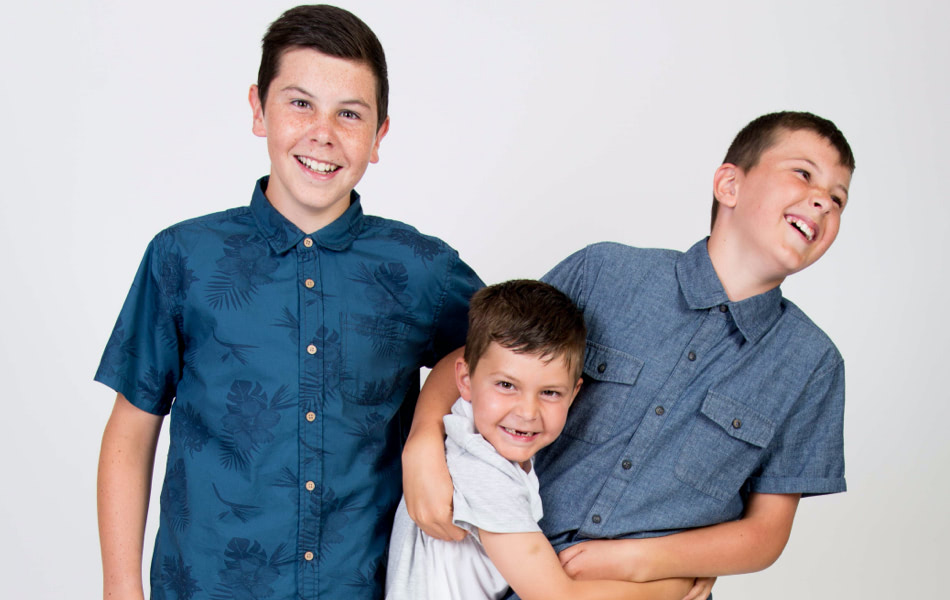 Justine says the support they’ve received from Child Cancer Foundation has been amazing, both while in hospital and at home in Ngaruwahia.

“Knowing there is always someone to talk to, ask for help and especially the events that are organised that put you in contact with other families as well. The support is family wide, especially with siblings. We have made bonds with our Waikato connect group that will last a lifetime.”

We work hard to reduce the impact of cancer on children and their families, but to do so we need your help.

A donation from you will help us continue to support children like Nixon and their families.

Caleb Wright has been through a lot for a young teenager, having a rare brain tumour…